Is It OK to Hire Someone With a Racist Background? 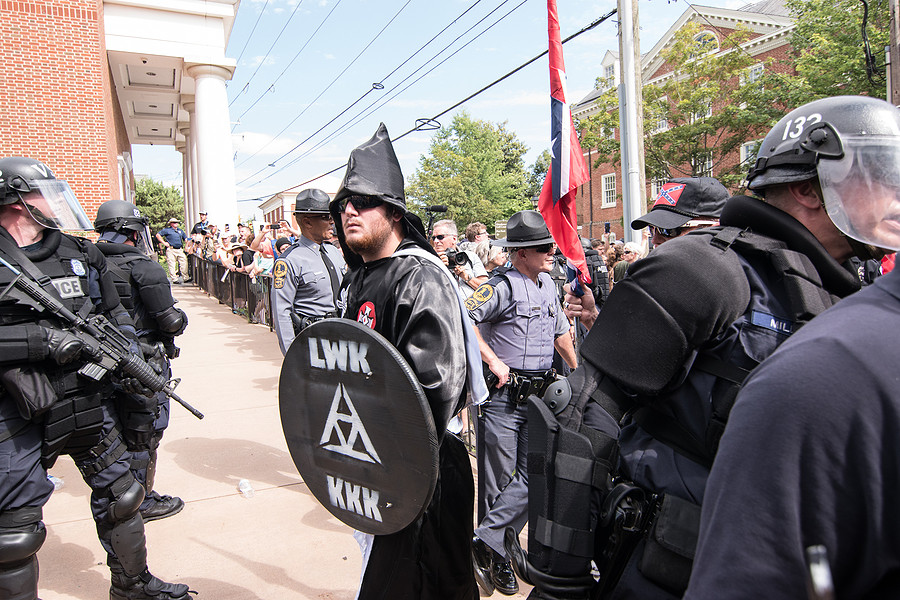 By HARRY KAZAKIAN and RONALD ZAMBRANO

In light of the current social-justice movement, companies large and small are scrupulously examining their policies, positions, and practices for evidence of complicity. Top executives and boards of directors have had to answer to stakeholders to address implicit and explicit biases in all aspects of their operations. Several heads have rolled as a result of this long-overdue exercise.

It’s only natural for evidence of racism to become a new litmus test for recruiting and hiring. Companies cannot afford the fallout of installing candidates with problematic pasts in top positions, nor can they turn a deaf ear to rumblings within their workforces about existing personnel and practices that run afoul of current sensibilities.

What should the new litmus test consist of, and how will it play out in the months and years ahead?

Whose Background Should You Check?

Almost half of states have laws prohibiting employers from asking applicants and employees for their social-media login information. They may also be barred from requiring candidates to bring up their social media pages in the employer’s presence, to change their privacy settings to make the page accessible to the employer, or add someone as a “friend” or contact to a social-media page.

Despite these restrictions, a qualified background investigator can actually glean a lot about a person by examining posting histories, groups, online comments, and Twitter feeds. Most background checks, however, are conducted by a lower-cost workforce in another country. These resources, unfamiliar with the U.S. legal system and the differences among state laws, are neither expected to, nor set up to, invest the time and manpower required to thoroughly review a candidate’s social media profile and other communications outlets that are likely to reveal signs of the person’s character.

It makes sense, then, to conduct a more thorough background investigation when hiring key managers, C-suite executives, influencers, and other top personnel. These positions, high-profile corporate alter egos, warrant the time and expense of a comprehensive examination. For lower-level workers, the same due diligence may be warranted by the nature of the position. A jury is unlikely to dismiss a daycare center’s failure to uncover sexually deviant tropes on an applicant’s Facebook page when deciding a child-molestation case. It makes little sense, however, to conduct exhaustive investigations for grocery-store clerks and other jobs that involve limited interaction with the public.

Where Do You Draw the Line?

Blogs and social media provide a creative outlet for people to connect with others, and few employers want to become known for stifling personal expression. But what about posts that express extreme or unpopular views? Posts that include racist comments?

You must take such posts seriously. They could signal potential issues if candidates are hired. An applicant whose social media includes pictures of cross burnings or swastikas is a clear and present danger. Regardless of position, this candidate could be the proverbial match in the tinder box. To hire him without doing more homework or confronting the issue head-on is reckless.

At what point is a comment actionable? For example, responding to a post with a simple “Like” or emoji could be seen as less offensive than posting one’s own words. And should words be treated differently than actions? This is no easy process. Deep social media research will only tell part of the story. It’s important to understand the context and timing of both words and actions. Unless a candidate has engaged in recent overtly racist acts or communications, nothing should be an automatic disqualification. People make mistakes, and everyone is capable of change. Someone who grew up in the deep South in the 1960s will have a different history than a millennial from New York City. To hold the southerner accountable for words and actions from decades back is neither enlightened nor business savvy.

What Action Should You Take?

Which brings us to the last step. Assuming that the background investigation, or the company’s own delving, has turned something up, it’s time to act. Candidates must be interviewed. They must be in front of the recruiter, speaking directly with the recruiter, making eye contact, and answering all questions.

That an applicant once belonged to the KKK should be confronted head-on. The recruiter’s job is to force candidates to confront their own words and actions, and then to listen carefully to the answers. Everybody deserves a second chance, and refusing to hire without knowing the full picture is short-sighted.

Employers must necessarily be proactive in this age of Black Lives Matter. It’s their responsibility to respond to what’s happening in the world and to protect their workers and bottom lines. If background checks and due diligence have determined that a person is racist, that is sufficient reason for denying the employment opportunity.

The bottom line is that every one of us, including corporate executives and recruiters, holds inherent biases. In general, what people do in their private lives should matter only to the extent it bleeds over into the workplace, but a CEO who makes racist remarks or tells off-color jokes at his club or on the golf course is a clear and present danger well before he makes the front page of USA Today.

We all believe we’re trying to do the right thing, striving to foster a workplace that hires, promotes, and supports minorities. But until everybody — especially those who control access to higher-paying jobs or the boardroom — takes responsibility for confronting biases and examining the detrimental effects they have had, things won’t fundamentally change.

Real, lasting change must be systemic and fundamental. It can start with a more enlightened approach to hiring workers, but it must continue through every aspect of the workplace.